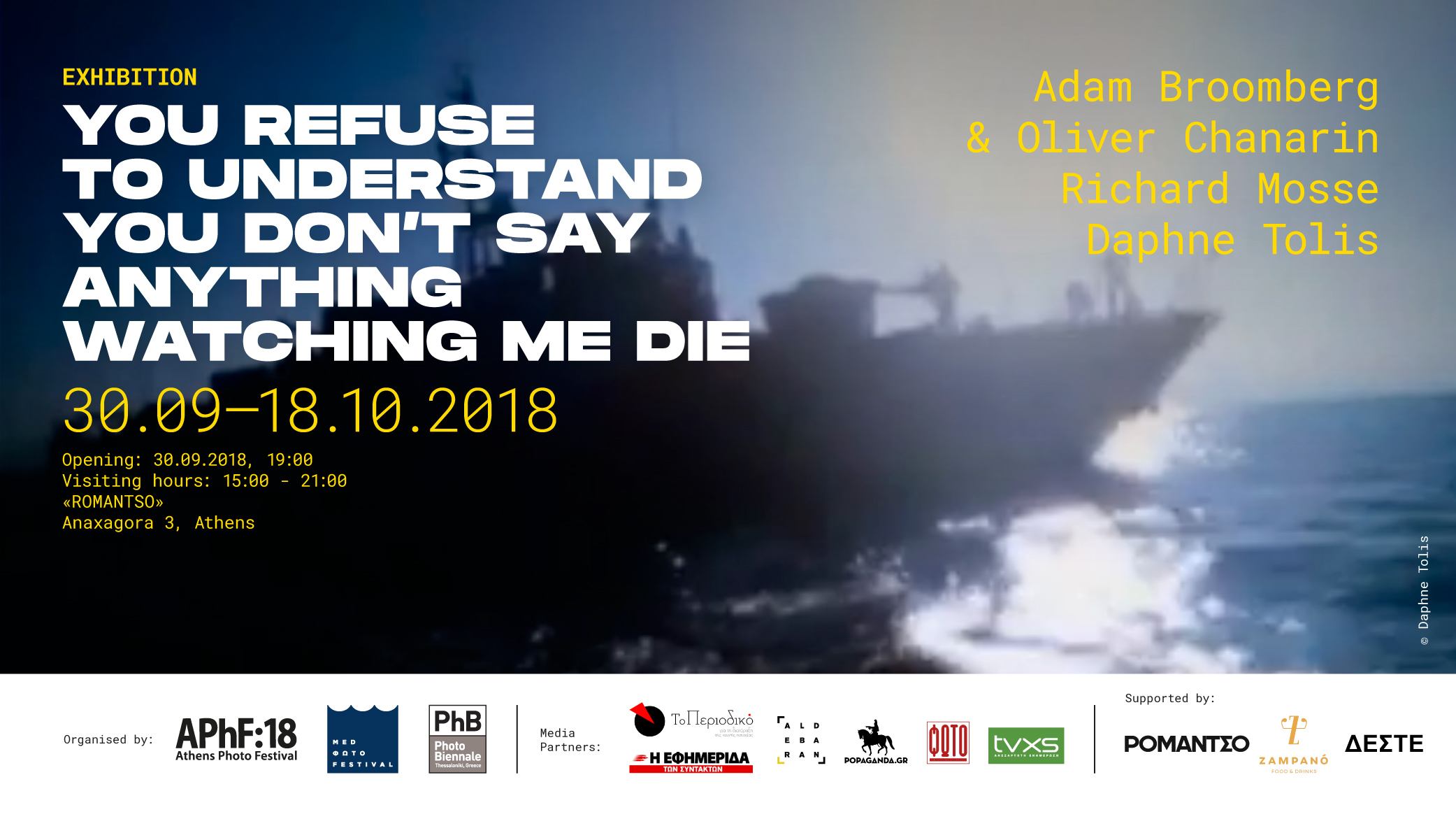 The exhibition presents three works of art that focus on the different ways we “experience” the refugee/migration crisis from a certain distance, that of the observer, while exploring the problematic of the gaze. The different ways of seeing are integral to the social processes of defining and controlling the Other and are inherent to photography as an objectifying practice.

The Bureaucracy of Angels, by Adam Broomberg & Oliver Chanarin, documents the destroying of 100 boats used by migrants going from Africa to Sicily in 2016. The narration unfolds through the lyrical song of the excavator that tears the boats into pieces. The Sicilian ballad Terra ca nun senti (that lends its lyrics to the title of this exhibition) talks about the pain and fear that refugees and migrants – from and to Europe – have been experiencing for the past 150 years.

Grid (Moria), by Richard Mosse, documents Moria refugee camp on the island of Lesbos using a powerful military-grade border enforcement camera that can image human body heat from a distance of 30.3km. This durational photograph, captured at three points in Moria camp’s recent history (June 2016, January 2017 and September 2018), is presented across an array of sixteen flat-screen monitors. Reading heat as both metaphor and index, Grid (Moria) is an attempt to allow the viewer to meditate on the current conditions of refugees through ideas of bodily warmth, hypothermia, physical vulnerability, temporality, mortality, biopower, necropolitics, the erosion of human rights and the failure of EU asylum policy.

Uprooted, by Daphne Tolis, presents – with minimum intervention by the artist – the way that refugees and migrants record their adventure, using their mobile phones. Thus, Tolis refrains from documenting the situation through her lens, and attempts to reverse the process of objectification.

Nowadays, that the refugee/migration crisis has degenerated for the West to an anaesthetized normality full of tragic but distant images, this exhibition aims to look into the processes of observation, surveillance, recording, interpretation, all crucial components of a crisis that results day after day to the entrapment and death of thousands of people.

Category: You refuse to understand / you don’t say anything / watching me dieSeptember 18, 2018