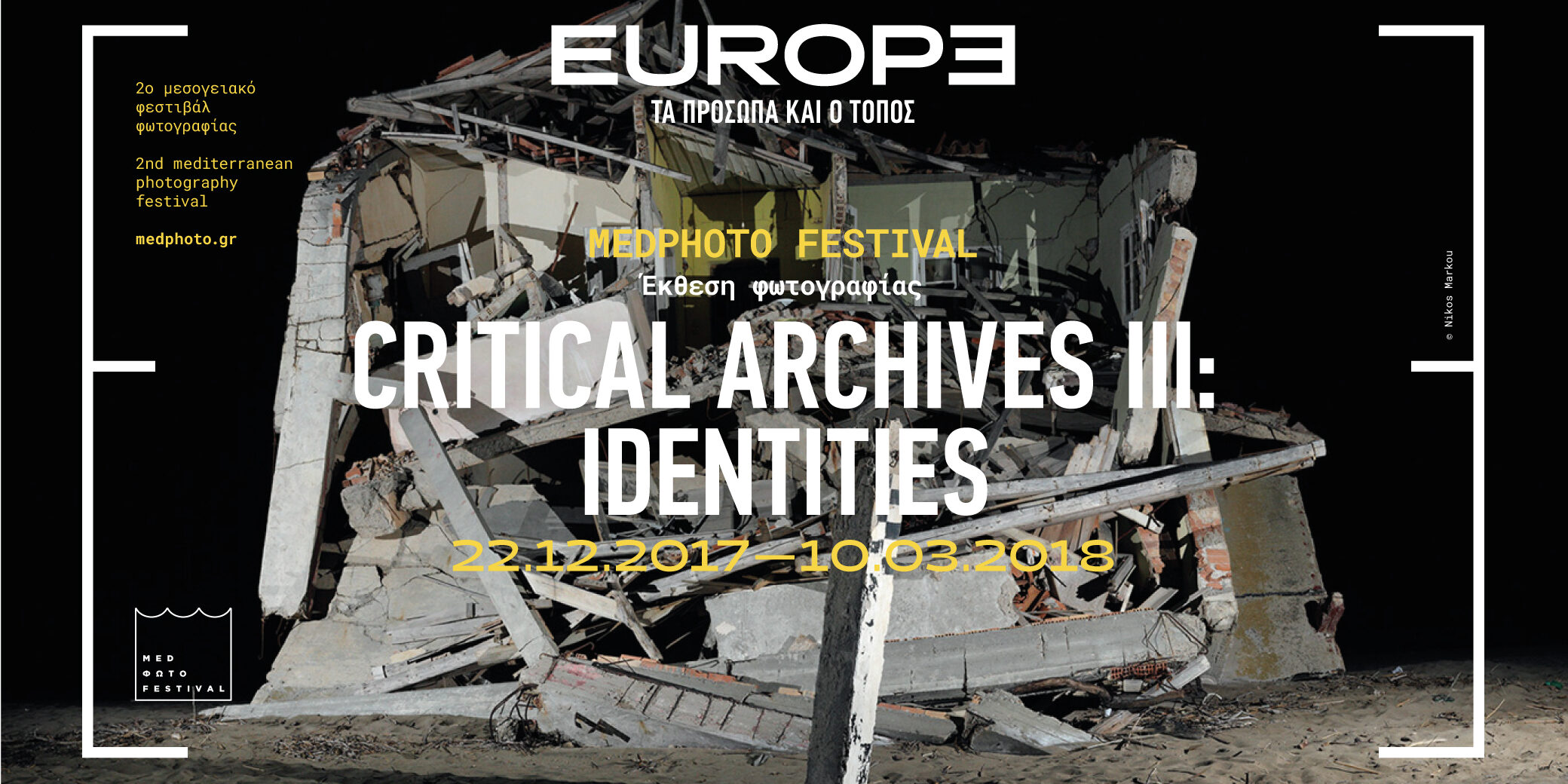 Critical Archives III: Identities looks into the multiple identities/diversities that are being born within this rapidly transforming European territory and questions the notion of a common European identity. It also looks into the typical process of identity construction, where self-definition means defining and controlling the Other, even if the Other is the “dark” inner self. A process in which photography is also engaged through the medium’s inherent characteristic of objectification.
.
The exhibition presents a kaleidoscopic portrait of Europe in the light of the co-existence of the most incongruous and promiscuous aspects that constitute this territory. Aspects that are attempted to either be expelled or merge into a solid European face. The institutional expression of this attempt ever since the Declaration of Copenhagen in 1973 seems to deny the very essence of identities as contextual categories whose construction is determined upon social relations and not by official decisions. And this attempt seems to get cancelled by the wide-ranging history of Europe; a history founded upon multiple civilizations, cultural diffusion, upon diverse religions, languages, races and peoples’ movement; upon borders and demarcation lines, military conflicts and financial competition, upon class division; upon Reason and Myth.
.
The works of the exhibition function as fragments connected through an elliptical narrative to trace a Topos, a land functioning as a Ring-road or a Garden under a flyover, an exile, a refuge, a tourist resort, a construction site, a torture staircase, a Dystopic Lebenraum; as an ever-present Market. Α ground of heterotopic spaces where place and time are suspended and sometimes ruptured. A palimpsest of a New Europe on an Old Continent. A Model Continent transforming into a Club, a Castle or a Rock. A Pendulum between familiar and foreign; a place where memory constitutes a source of constructing collective identities; a space where monuments are used as a tool of territorializing identities. Images of a sovereign world “in which the limit of death is done away with. Death is present in it, its presence defines that world of violence.” [G. Bataille]. The exhibition showcases visual notes on a mechanism that imposes, excludes, displaces, classifies and controls people and peoples, through material and immaterial relations; images of an Open See, facing this constant state of emergency as the explicit manifestation of power in modernity. Images that comment on contemporary social experience and its representation, as well.
.
The exhibition, thus, presents a multi-textual project as a collective artistic experiment. Frameless pictures are met within their textuality and their existence through time; the artists are met along with their own words and the words of their subjects; the image is correlated with the book as a primary frame of reference in photography. All the above are the components of a new, cohesive work, in an attempt to question the exclusion processes and the territorialized anchoring of constructing an identity. A work in search of the ground where multiple, pluralistic identities are formed inside the cumulative personal and collective experience and existent social relations.
..
.